Cuckoos in the Nest… 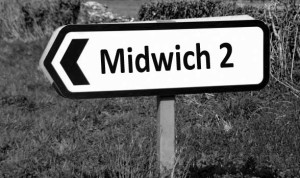 A rather curious letter arrived this morning, which I’m sure you will find of interest. Gordon Zellaby, an old mentor of mine from my junior doctoring days, is quite desperate that we should investigate what he seems to think is an issue of national importance.

You may recall a strange case that our pal Lestrade had some interest in, though it appears nothing very much came of it. The story concerned a silvery object that mysteriously appeared in a field outside the village of Midwich about nine years ago, causing an unusual feeling among the locals that seemed to prevent anyone leaving or entering the village. You might remember Lestrade’s account of the affair and his insistence that since no silvery object could be found, the truth of the matter was simply that all the villagers had over-indulged on the local ‘scrumpy’. He therefore passed the whole thing off as ‘misadventure’.

However, it transpires that something strange did happen all those years ago. Following the above events, it transpired that every woman in the village of childbearing age had become pregnant. In due course, a group of sixty or so children were born who rather bizarrely possessed very similar features – silvery-white skin and blonde hair. Now, I know what you’re thinking, Holmes – that this is clearly the work of some woman-crazy lothario who happens to have an unusually European appearance (almost as if some mad dictator had planned to repopulate the world with a race of ultra Arians!)

However, it is more recent events which are troubling old Zellaby. He has got it into his head that these children (his italics), pose some threat to not only the village, but society as a whole, and he is desperate that the ‘learned Mr Holmes’ should cast an eye on the situation as a matter of some urgency.

(As it happens, I’ve just received a similar request via telegram from your brother Mycroft, who is keen that we should investigate as soon as is humanly possible).

I shall leave this with you and look forward to your reply.

Posted by colingarrow on July 19, 2015 in Detective Fiction