RSS
← What the Fu…
And From the Comfort of His Armchair… →

Sherlock in a Box…

From the diary of Doctor Watson

As I sat up, the watch and chain hidden in the palm, the man on the chair leaned forward, eyes narrowed.

I shrugged. “Sorry, old chap, no idea what you mean.”

The man on the chair stretched his mouth into the semblance of a smile. Reaching out a hand, he wiggled his fingers in a ‘come hither’ movement. “Give.”

Lestrade sat up, yawning. “Watty, d’you have my pocket watch by any chance?”

I sighed and twisted myself round, throwing the watch across the floor.

The Chinese man stood up and walked slowly towards us, crouched down and, keeping his eyes fixed on me, stretched out his free hand to pick up the watch. Flicking it open, I saw his eyes widen as he took in the miniature hacksaw set into the underside of the lid. He looked up at me. “Clever, Doctor, but not clever – “

At that moment, a large section of wood flew off the side of the crate nearest us and smacked the villain across the side of his head, knocking him onto the floor. 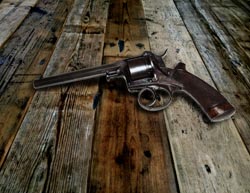 “Ah, Watson, and Lestrade too.” Sherlock Holmes unfolded himself from the inside of the now-open crate and hauled himself into a standing position. “Just in time, I see.” Crouching down, he picked up the gun our captor had dropped and pointed it at the man’s head. “Be so good as to untie my companions, will you?”

As the little man scurried across the floor, rubbing his sore head, I stared up at Holmes.

The great detective smiled. “I knew my skills as a contortionist would come in handy sooner or later.”

Lestrade struggled to his feet and as soon as my own hands were free, we began to tie up our former captor.

“Now,” said Holmes. “I believe we have a megalomaniacal scoundrel to apprehend.” And with that, he dusted himself down and headed for the door.

Posted by colingarrow on December 30, 2015 in Detective Fiction

← What the Fu…
And From the Comfort of His Armchair… →